On March 15, 2015 the Buffalo News published a story about an arranged Indian wedding that ended with the bride walking away from the wedding festivities before the final pronouncement of marriage. Her reason? The groom could not correctly answer the question: “What is 15 plus 6?” When he replied 17 she called off the marriage.  She judged him as uneducated and there was no convincing her otherwise. The bride’s family came to her defense and accused the groom’s family of misleading them regarding their son’s educational status.  According to the local police, who were called by the groom’s family, the incident caused ‘quite a flutter.’  Matters were finally settled when the respective families returned the gifts and jewelry exchanged prior to the wedding.

Both funny and sad, this story is fascinating with its layers of cultural and societal expectations gone awry.  It is an eastern drama that leave us westerners bemused and confused.  Or does it?  If we distill this story down to one of humanity’s basic concepts we should not be surprised by such an outcome.  There is judgment and there are tests to pass in this world in every time and in every place under the sun. Judgement is part and parcel of our interactions with each other despite our modern protests of “don’t judge me,” “don’t judge me,” and “don’t judge me”.  “You don’t have the right to judge me.”  We know how the refrain goes because each of us have either said it, felt it, or been accused of it.

So, does anyone have a right to judge?  And a related question: If someone has the right to judge does it follow that there will there be a judgement day? I think so and apparently Jesus cried out about it. Text reference can be found in the Gospel of John, chapter 12, verses 44-50

If you have been a follower of my blog it will come as no surprise that I am impressed with the articulation of faith and culture presented by the pastor and writer, Tim Keller. I credit his book, “Walking with God in Pain and Suffering, “ as instrumental in helping me through an intensive 9-month cancer treatment last year.  Recently, I have been listening to podcasts of Keller’s sermons from his six thousand member church in Manhattan.  One message, given on February 18, 2015, called, “Accepting the Judge,” I found very provocative as he explained the need for judgement.  To tease you into listening I offer the first two of four propositions that he makes.  Here are the first two: 1) Why we need a judgement day; 2) Why we can’t have a judgement day.  If I listed propositions 3 & 4 they would spoil the sermon for you so listen to the podcast here.  (Click podcast on lower left of the page.)

Post script:  After listening to the podcast I would appreciate your comments.  I won’t publish them but would like to work them into future posts.

Confessional post script: I first wrote this post with the following: “The groom could not correctly answer the question, what is 12 plus 5?  He answered 17 and then she walked out of the wedding ceremony.”  I caught my error before I posted.  I’m grateful the only question asked me at my wedding was, “Do you take this man to be your husband?”

Why did Jesus cry over the death of Lazarus if he knew he was going to use his power to change the natural order( resurrect Lazarus from death) and restore joy to his friends?

Simply – He cried because his friends were crying.  He became fully present with their suffering. He was not thinking of their future (what he was going to do for them in the next few minutes) nor was he thinking of his own future which was soon to take a dark painful course.

Nor did He feel a need to defend his actions when Mary, the sister

accused of him of insensitivity or procrastination. “Lord, if you had been here, my brother would not have died” (vs. 11). Absent in Jesus was any need to defend his actions even in the midst of laments that if he had come sooner the dire situation would be different. He stayed present.  His friends were grieving and that sadness affected Jesus with empathetic sadness.

Empathy – We may be born with the capacity to empathize but nurture plays a profound role.  We must be taught and modeled the experience of feeling another person’s pain. When people lack empathy we, in the mental health profession, assume, a childhood of abuse and/or neglect or a disorder. We assume that they were never the recipients of empathy nor had it modeled for them by the significant relationships in their lives. We recognize that something is off.

A story of parenting small children:  I was at a playground with my grandsons observing small children and their parents. One man’s daughter fell and cried loudly. The father gently examined her and lovingly reassured her of his presence and his sympathy for her pain.  Another parent noticed the situation and looked on. The child with her tried to reengage her in what he was doing – building a sand castle. I heard the following:  “I will look at what you are doing in a moment but right now I feel sad about that little girl who got hurt so I want to look at her.  Let’s look at her together for a few seconds… (Pause)  She seems comforted; so now show me what you were doing.”

If that intentional modeling continues to be that mother’s practice, the child will catch it and develop capacity for empathy.

But what about those who have been deprived of empathy at vulnerable stages of development? There is hope.  God’s gift of community – godly loving spaces for transformation interfacing with malleable brains is one such place of hope. Brains can be rewired over time through strong emotional connections to develop empathy. The church with all its warts and imperfections is still the functional body of Christ.  It provides opportunities for loving interactions with others that include  listening with empathy  to people’s messed up stories.  According to Curt Thompson, author of Anatomy of the Soul, it is within this context that people who have been formerly deprived of loving attachments begin to sense what an attachment to God feels like thereby understanding God’s grace for them and for others.

Andy (a man in his early 40’s) was a child that had to raise himself.  Without going into detail, anybody hearing his story would label his childhood as harsh and neglectful. Attachments to stable caregivers were absent; normally the harbinger of a distrustful adult. However, there were times when he took advantage of caring interactions. He described living for a brief time in a neighborhood where buses destined for Vacation Bible School and church services would pick up children who wanted to go.  He was one of them. There was a kind neighbor who noticed his loneliness and neglect.  Andy began to sense there was a God who loved.  “I would hear stories in church and something exploded in me about God and it was beautiful.”  However later,  Andy would go down a path as a teenager and young adult that would lead to drug addiction and a stint in jail.

Andy told me, “When released from jail, I did not know what to do with my life. Eventually, I took a woman’s advice and enrolled in a Christian program called ‘Teen Challenge’ (a ministry dedicated to the transformation of young people with substance abuse.) Through their accountability and structured program of prayer, chapel, work, prayer, chapel, prayer, fellowship, counseling, I found myself wanting to know as much as I could about God.”

Andy attended a bible college for a period and did mission work in Asia.  Today he serves others through an urban ministry.  A man full of empathy and warmth, Andy humbly says, “Sometimes being a Christian is the best thing, sometimes it is the hardest thing, but it is the only thing for me.”

Jesus cried. Of course he did.  This powerful empathic being carried empathy where no man or woman has ever taken it – to a cross of suffering for us. Many before and after him have spoken “truth to power”; but He and only He spoke “God’s power into God’s Love.”

Post script:  Tears are filled with the presence of stress chemicals and hormones.

Post script: Tears are a functional way of getting cortisol and other stress hormones from inside us to outside us.  Have you ever wondered why you have felt slightly better after having a good cry? God blesses tears on this side of heaven but there will come a time when he will wipe every one of them away. Revelation 21:4 “He will wipe every tear from their eyes. There will be no more death or mourning or crying or pain for the old order of things has passed away.”

Have you ever wondered why Jesus cried? 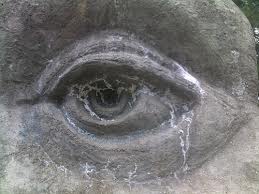 The account of Jesus crying can be found in the 11th chapter of the Gospel of John and worth your time to read.   I will summarize: Jesus had some dear friends named Mary, Martha and Lazarus. They were adult siblings who were very close to each other and to Jesus. (Yes, Jesus loves everyone but the gospel story makes it clear that these siblings had a special closeness and attachment to Jesus and he to them.)  As it turns out Lazarus had been ill.  Jesus had been petitioned by his friends to come to Lazarus quickly and possibly heal him. But Jesus did not come quickly. In fact, he seemed to take a leisurely pace to their home in Bethany.  By the time Jesus reached Bethany, Lazarus had been dead 4 days. As Jesus neared the home he was accosted by the overwhelming grief and disappointment of Lazarus’ sisters.

Next comes the shortest sentence in the English translated Bible: “Jesus cried.”  We don’t know for how long. The biblical text does not say.  But stop and imagine that Jesus cried for ten minutes or longer. Stay with that image (Jesus crying) for a while before you move on to the climax of the story and take notice of your feelings and thoughts.

The Biblical writer was understandably excited to move on to the real action, the resurrection of Lazarus. Jesus’ display of sadness gave way to an unearthly power that shook the grip of sin and death right out of the grave of immutable realities.  A shouted command by Jesus was all it took for Lazarus to be resurrected from the dead.  Lazarus was made alive. Stunned joy and amazement was not the reaction of all the bystanders, however. The narrative explains that some would believe in Jesus by this supernatural miracle but others in power would feel threatened. (The powerful can feel threatened by the more powerful.  Our human history exposes us humans as naturally being guarded and fearful, predisposed to self-defense and self-interest.  Embedded in empathy is vulnerability – the capacity and willingness to be hurt; a risk that the powerful generally don’t take.)  Jesus’ display of power provoked by love would be costly to him.  He would pay for it with his life as seeds of sedition began to take root around him as some would begin a plot to have him killed.  The next chapters of this story would reveal a Jesus who would consciously constrain his power in favor of the ultimate sacrificial display of love, empathy and vulnerability.

But why did Jesus cry?